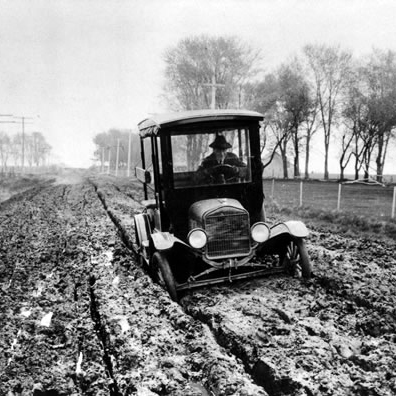 People get stuck. It happens to us all at some point. You get into something, work hard, see the improvements quickly, then suddenly you’ve reached the flatlands. No matter what you do you just don’t seem to be able to push through it.

As bike riders and athletes, we have learnt since we were kids that to get better you have to train more, train longer, train harder. Yet at a certain point in our development, when that approach is failing us, we have to look at the other aspect of our makeup that has a massive impact on us – our minds.

We tend to focus on the physical aspect and not in any particular sense on the mental side of things.

Truth is though, that this tough old bike game really is very mental – in every sense of the word.

As a cycling coach I find myself not only writing training programs for my clients but also advising them how to break through the various psychological barriers that are holding them back from realizing their full potential.

In essence, you can train ‘right’ all week long but if you’re just going through the motions you’ll never get back from the bike what you’re putting in.

And that’s where we encounter the ‘OK Plateau’.

I first encountered the term in a book by the writer Joshua Foer, entitled Moonwalking With Einstein (Penguin Books 2011). He wasn’t discussing cyclists but typists, yet what he has to say is perfectly applicable to sport.

In the 1960s, psychologists Paul Fitts and Michael Posner identified three stages that we go through when acquiring a new skillset.

First is the ‘cognitive phase’, when the individual intellectualizes the task at hand and quite quickly learn new ways to become proficient.

The second is the ‘associative phase’, when we can concentrate less and make less mistakes but are still learning, still adapting.

The third is where the plateau approaches, known as the ‘autonomous stage’. Here’s where things get easier to the point that the practitioner can now switch to autopilot and loses conscious control over what they are doing.

Think about when you first learnt to drive a car and how you now drive a car, if you have some years’ experience, and you’ll see what I am getting at.

Brain scans have shown that different parts of the brain light up when someone is learning a new skill, and then turn off after that skill has become more or less learnt. They are, in effect, no longer thinking about how to do it, they are just doing it.

Now, let’s consider all of this and cycling. The average club rider goes out riding with a certain degree of dedication and motivation week in and week out, but what, generally, are they doing? The same as many of my clients, before they come to work with me – they are merely riding, pottering about at a similar average speed each ride, hitting similar kilometers and certain levels of lactic acid build up.

Now, consider what the pros do. Like top level professional musicians or other artists, they practice the high-level stuff. They’re not playing Greensleeves all day, they’re working their way through Rachmaninoff and Charlie Parker, hitting the high notes over and over again, stressing their systems at particular moments and in particular ways, doing all the hard stuff, the truly demanding stuff, that marks them out as professionals.

And there’s the nub. When you want to get good at something, how you spend your time practicing is more important than the amount of time you spend.

An accompaniment to this, an absolutely essential one, is that you must be prepared to accept failure. In fact, to break past that OK Plateau, you must embrace failure, practically seeking it out in the pursuit of mastery.

This element – learning to love to fail – is the best way to get someone off the OK Plateau.

How does this work?

It is only through feedback, from your brain and body recognizing what went wrong and why, that you discover new ways to improve. It’s a truth that the guy who comes second learns more from the experience than the guy who comes first. In victory we bask in glory, but in defeat we analyse.

We all set ourselves limits and work our way towards them, but most people are too harsh on themselves – or too lenient, depending on your point of view. The limits they set are too low and thus they constantly underachieve. Most people have no real idea of what they are truly capable of because of this fear of failure that casts itself like a shadow over everything they do.

You may fail 10 times but you’ll fail less each time. And, on the 11th, you just might nail it. Complacency for the cyclist marks the end of advancements in efficiency, power and speed. And, at worst, can bring an end to the rider’s interest in the sport.

Now, here’s something many people may not agree with, but I believe this sincerely: the most successful athletes of our day do not inherently possess that much more natural talent than others who participate in their sport.

In some rare cases yes, there are people like Jordan, Gretzky, Messi and Vos who are clearly from another planet, but in most cases the men and women who we watch on our screens have very human talents. However, what marks them out as successful professional athletes is that they have also learnt, through thousands of hours of practice, how to elevate themselves beyond each OK Plateau they encounter.

They have the hunger and they are willing to fail to improve.

Top level athletes get better with each generation at using the time they have to train, and at learning from failures, both their own and those of others.

The history of sporting achievement bears this out, too. In his book, Foer mentions the 4 minute mile.

For decades, until it was broken in 1954 by Roger Bannister, the 4 minute mile was deemed absolutely impossible.

Now however, the record is 3 minutes and 43.13 seconds. Yes, advances have been made in track and shoe technology but the real advancement has been in the way athletes train, not in what they run on.

The human who holds that record is also just that, human. There have, as far as I know, been no evolutionary advancements over the past 40 years that would mean a bettering of Bannister’s record by over 15 seconds was bound to happen.

Ultimately, if you want to improve and keep improving, a conscious decision has to be made.

The rider who wants to get off the OK Plateau has to decide to ride to fail and then to evaluate why he or she failed. To break through a plateau is immensely rewarding, and it is not too much of an exaggeration to say that surpassing pervious expectations as a result of thinking and riding in this way can have ramifications for just about everything you do in life.

Becoming good at something – in our case, riding a bike – can in itself bring rewards across the whole spectrum of your life, increasing your confidence and self-respect. It can even make you a nicer human being to be around. Exercise, as a result of the chemicals released in the body as a result, has been proven to blunt the brain’s response to both physical and emotional stress.

There’s no lose. It’s all win-win.

So, go get mental.

Get off auto-pilot, wake up, and go out there and fail, goddamit!

This article accompanies this one here on training plateaus that focuses on the physical aspects.