ever notice how when a politician gets busted for something naughty, like – well, fraud is ok, they can do that, nepotism, check, that’s acceptable, dereliction of duty in the face natural disasters, no problem, rigging the courts to allow their relatives to get reduced sentences, all fine there, facilitating white collar crime, check, fine on that count, bailing out thieving bankers, that’s all kosher, invading sovereign nations for oil, yup, ok there, uh, remote bombings of villages and murder, ah yes, doing their duty et cetera on that one…

ok, um, struggling here for a really terrible, awful crime that politicians actually get busted for – ah! like leaving some semen on an intern’s dress? 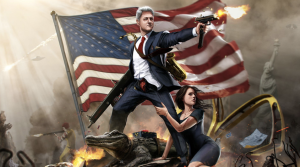 well, ever notice how when something like that happens we are encouraged by the fine and never subjective international media outlets and the other *still good* politicians to see the perpetrator as one bad apple in an otherwise rosy apple cart?

or how the same thing happens when young men and women in war zones placed in charge in jails go off on one and take degrading images of their captives? how we are asked to believe that the individual erred but that the system as a whole is essentially ‘good’ and correct?

well the same thing is going on right now in cycling. exactly the same mechanism rolls into action. (mechanism, not ‘crime’, let’s make that distinction).

‘wait – are you on about Astana? well come on, they’re Eastern Europeans‘

‘they’ve always been at it, that lot.’

‘well just sayin’, the sport IS cleaner but this lot are just proper bad plums.’

as were, Festina say? or the Spanish?

and half of Garmin?

and Armstrong, Tyler, all them boys?

we read about another doping case here, another there and we think – because we are desperately hoping that the bad days are behind us – that it’s an isolated case. this, despite the fact  – and i’m not just on about Astana here – that there are positive tests every week in the news.

the dots are there. Astana have, remarkably, in a very short space of time brought a bunch of dots, marker pens and paper enough for everyone to get connecting.

Astana brought Vino with them, he is dodgy as a 47 pound note, we all know that. he’s like the thinking man’s Ricardo Ricco.

has also been the likes of Zabel coaching, Vaughters managing, Bruyneel and systematic doping over more than one of his teams, Kim Andersen and his ludicrous past (8 positives and counting), Rabobank, Sky using the dodgy doc, guy after guy just ‘visiting’ Ferrari, Carmichael still loaded and respected, editors and their journos refusing to join those little dots, and still – STILL! goshdarnit! – we are supposed to think these cases are ‘isolated’?

even Nibali can’t get us to believe that one.

i remember watching him win the Tour and thinking ‘man, please be clean’. and now you tell me how we are supposed to believe not the wild notion that he is above suspicion but that he shouldn’t be – and deserves not to be – questioned about what is going on?

the Italian media broke the story that Astana met Ferrari then went on to categorically state that their Tour winner was not implicated in doping and that indeed he never met the Doc, a claim Nibali has stated more than once in the past, but this whole palava brought back the memory to me of this article on the venerable Cycling Weekly, which said that Nibali did in fact meet Ferrari, and trained with him, wearing all black kit.

the article quotes Ferrari as saying that he sued the claimants, and was awarded an out of court settlement. but you know, smoke + fire + blog = oxygen for the flames. and hey, this is cycling. and yes, it is that ridiculous. if they’d only just start wearing bibs only and smashing each other over the head with step-ladders, it might all make more sense.

in any case, His Nibs is looking not very well right now. what a mess.

of course, if one of our Grand Tour winners from 2014 was to be busted it would merely be an isolated incident.

look the other way folks, there you go, nothing to see here, move along.

and the sport IS getting better, every day, in every way.