by Cam Whiting, of CyclingIQ 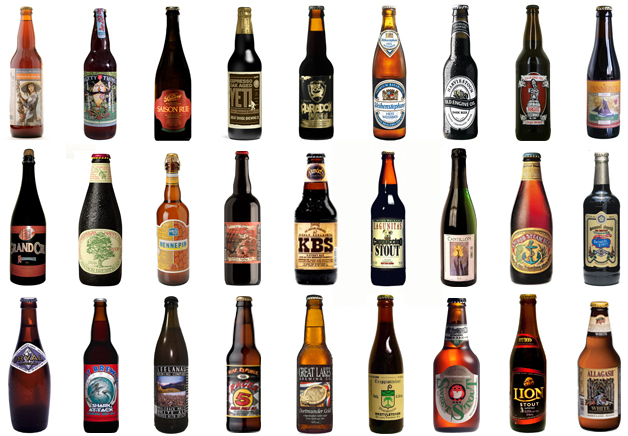 The bicycle industry has a drinking problem.

This statement may come as a revelation, but I’ve been dealing with it as best I can for the last decade or so – pretty much since my career started becoming more international in its scope – and it’s starting to get old.

Now I’m not against people enjoying a drink, but I had kind of hoped the culture of binge-drinking that was almost unavoidable in rural New Zealand – I saw too many alcohol-induced car crashes (figuratively and literally speaking) for my liking as a teenager – would not invade the healthy and frankly, more sophisticated, cycling culture which I discovered at University.

In fact, the allure of a cycling lifestyle became so compelling that my first gainful employment after Uni came at the local bike shop. It would be four years of Peter Pan-esque fun, hi-jinks, adventure and never getting old. It was all clean fun, too; the only time somebody got hurt was when a drop-off was misjudged or a piece of tarmac was overcooked. Yes, this industry – ‘cottage industry’ would have been a fairer assessment – filled with adventurous, fit, smart and good-natured types, was truly awesome. In my final year, I had the opportunity to travel to Australia to attend the national bike exhibition there. That small window to a bigger world was captivating and I wanted more.

Any aspiring cycling industry professional intent on pursuing an international career will inevitably find himself in Taiwan and/or China. Culturally speaking, these places seemed as far removed from rural New Zealand as one could possibly imagine – or so I thought.

Fast-forward to my first attendance at Taipei Cycle show with my then-employer. Some of us were invited to a dinner by one of our Guangzhou-based suppliers. I couldn’t help notice the slightly Machiavellian way the well-weathered factory employees seated at my table were grinning at me.

This, I would be told later, was my “virgin party”. The evening began with a polite toast but quickly descended into a ruinous, alcohol-fuelled spectacle, driven by an adolescent strain of peer-pressure that I thought I’d immunized adequately against at high-school.

But I only know the evening happened this way because I was told about it the next day. Being a relatively hard-line non-drinker, I made the decision to leave the party early – an awkward and uncomfortable experience – with my personal boundaries intact, despite the perceived damage it could inflict on the business relationship between my then-employer and its supplier.

Almost ten years and more than 50 business trips to Asia have passed since that first night in Taipei. A lot has changed in that time, but booze-fuelled business gatherings are still prolific. It has become increasingly difficult for me to reconcile cycling’s core values with some less-than-admirable traits of the industry that helps create it.

I’ve spent plenty of time rationalising why otherwise level-headed adults would regularly drink themselves into a stupor at a function purporting to be related to the healthy activity of cycling. I know some of the possible answers: to fit in, to be liked, because they think they’re not team players or that it’s “offensive” if they don’t drink, etc. This reasoning parallels that of dopers (and their apologists) in sport, but that’s not the connection I’m making.

Instead, I’ve arrived at the conclusion that this behaviour can be simply summed up as machismo – nothing more, nothing less. Alcohol as a medium is leveraged to assert, and assess, strength of mind and body amongst friends and foes. While getting pissed at a business function anecdotally occurs in other industries, I see this as completely inconsistent with the virtues that cycling brands base much of their marketing on.

Which is why this behaviour is also my drinking problem – nobody should have to choose between a career and a moral compromise.

If these otherwise level-headed adults want suffering, pain, endurance, power (and even vomiting if desired) – all elements intrinsic to the macho pissing contest – without forcing people (especially young and impressionable industry newcomers) to cross ethical or moral boundaries, how about we just go riding?

Riding can produce all of the effects mentioned above but, unlike drinking, it can also engender camaraderie, trust, friendship, loyalty and respect. It can also sharpen the mind ahead of meetings. Riding is accessible to all in the bicycle industry and the main component is being manufactured under the guidance of organisations most complicit in creating the booze culture.

But I’m a realist. While I hope to see the day when the industry at large trade descents into stupor for ascents up to summits, I know there’s also a generational legacy to be overcome. So, for now, I’ll continue to dutifully attend the party, sip on my water and then leave on the night side of midnight.

I’ve got an early-morning bike ride and meetings to attend to.