“How did it go?” I asked a young Frenchman when he’d finally retrieved something akin to a normal breath after the 7.2kilometer individual time trial at the recent Tour of Friendship race in Thailand.

“Ah, putain!” he exclaimed, working his facial muscles into a look of disgust and wrangling a soggy baguette out of his back pocket. “My SRM console screwed up, stopped working, so I didn’t know how hard to go…”

I just stood there looking at him, unable to find a comment that wasn’t going to insult his intelligence. I mean, seriously? The guy had become so dependent on his power meter that, when it ceased to function, he didn’t know how to judge his own body’s effort.

This obviously is an extreme case but as ever in life, it is often only at the extremes where we really begin to learn anything. This guy had gone over the edge, way beyond the line where a power meter went from being a tool, a guide, to a point where it had become his own personal cult leader.

“Yes,” you may be thinking, “that guy went too far. But I use my SRM to tell me my limits.”

Two examples why. The first involves a guy who used to be on my team, who would never attack but who always finished in the pack, seemingly content with a 24th place and not getting dropped out the back.

Now, some kids on my teams come up and ask me for advice, and I can talk to them all day about training and recovery, about how to limit lactic acid build-up in a race and about when and how to attack. It’s a pleasure, to have young riders seeking ways to get better, and to be able to help them.

On the other hand you have guys who blatantly need help who never ask anything. Whether it’s shyness or arrogance I don’t know, but I’m not about to start telling someone ways to improve if they don’t first seek it out.

But this guy, he obviously had talent, and one day I’d had enough of him soft-pedalling in.

“Why do you never do anything in the race?”

“What do you mean? I always finish.”

“Finishing top 40 is worse than attacking and a DNF! You never attack. How do you expect to ever learn anything or to get better?”

“Yeah but my heart rate monitor tells me I’m near my limit. If I attack and get caught, I’ll get dropped.” 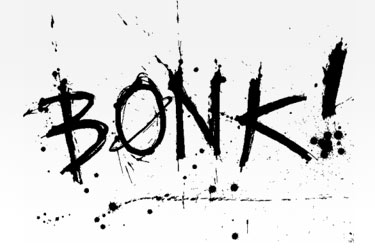 So, ‘knowing his limits’, and worse – accepting them – was leading this kid to play it safe every race. Yes, if he did attack with 5km gone he would probably get dropped once he got caught. But so what? Getting dropped through hitting the wall toughens you up. The first time he might only have managed 50km.

But the next time he might manage 60. Then 70. Then… well, who the heck knows? And that’s it – nobody knows how good he might become with real dedication and a willingness to risk it all. But if he rides forever thinking ‘I know’, with his current attitude, then he’ll never improve.

Second example. A guy is on his indoor trainer, riding with power. He does a test. He finds he can do X watts for 60 minutes. He trains each week for 6 weeks to get ready for a race, using the power meter each time he rides, indoors and out.

Studies the lines, crunches the numbers. Examines data. Goes on FB to tell his pals he is improving. Then, race day comes.

Boom! Straight off the line the pace is mad, he’s looking down and can barely see straight, then it goes uphill and ‘holycrapIcan’tdothis!’ – and then sure enough, he pulls the plug.

The fact is that his beloved numbers have obscured from him the fact that almost always in a race, without fail, you are going to be riding harder – a lot – than you can in training, no matter how regimented and serious you may be.

Improving is not always about a steady progression, in anything in this world. Every once in a while, amongst the grind and the slow push, you need to get turned inside out, strung out, dropped from a great height and just plain old battered.

You need, from time to time, to glimpse the other side of the wall. To hang in there with someone who is on another level for as long as you can and to go home with a footprint on your backside – but one well earned.

I remember my first race. Once my 15-year old self had just about gotten over the size of the muscles on the legs of the older guys around me, we then went up a hill that I rode all the time alone, but this time at a speed I couldn’t even begin to get my head around.

But I went up it. With the pack. And we did it another 5 times in total, and I almost won after being in a three-man break for 30 of the 50km race, but bonked so hard with just a few km to go that I fell over and just lay there for a minute until a car came by and asked if I was ok. Despite having entered another dimension of time and space, I think I said ‘UGH’, and they left me there, my feet still strapped to the pedals and half of my sweaty face covered in small pebbles and a cigarette butt.

Possibly a rabbit dropping or two.

Next race on the same coure, about three weeks, it was the same story all over again, except for the ending: this time I won. My solo attack (I took off a mile into the 33 mile race) almost petered out and the pack was just 100m behind me as I crossed the line, but goshdammit, I won. I fell off the bike straight away yet again, but this time with a huge smile on my face.

We are surrounded by limits. We encounter our first at home, then a truckload more at school, the ‘do this’ and ‘don’t do that’ – some perfectly reasonable, some less so – along with the ‘you can’t do that!’ lot, which are far more insidious. And then, as if there weren’t enough limitations imposed us by society, we then begin to impose them upon ourselves.

Well, shove all that. You’ve all no doubt heard those tales about mothers driving down the highway. The car flips. The woman gets out. Her child is inside. There’s a flame. It’s growing. She runs to the car and tries the door, no good. Then, knowing that she must do something or her child will be dead, she gets a grip and heaves and strains and lifts the car.

Extraordinary strength brought on by extraordinary circumstances. Think she’d have done that if she was using a power meter?

Exactly. Not a chance.

We are extraordinary beings. We are of stars, of this universe, from this universe, and that universe, most wondrously, is within each of us. Whenever we say ‘I can’t do that’ – however essentially, unarguably true it may seem – we are denying the limitless potential of the human mind and spirit, of will and the determination to succeed.

You don’t start riding to accept limitations, you start, by and large, to be free. To escape. To just ride, and ride fast. Then we become more ‘serious’ and start to get into the science of it all, and that’s fine, I love science, I wish it would shine its light on more of the world and our befuddled attempts at existing in it. Yet to allow it to rule us is to deny the very unscientific elements that, ultimately, make people achieve such wondrous and unfathomable feats.

It’s the immeasurable that makes it all so worthwhile.

Amundsen and Scott didn’t have power meters. Neither did the first men to set off on rickety vessels across the great oceans. Nor the early climbers of the high mountains. Neither did Eddy Merckx.

Now, I’m no Luddite, and yes, modern technology and power meters and the like can be extremely useful, but let them guide, not rule. Put them away a few days a week. Try not using an SRM in a hilly race. I’d wager that something like 85% of people who have them don’t use them properly.

I know because I was one. SRM sponsored me for a year, and the console just stopped working after 2 weeks. It was 6 months before I sent it back, and to be honest, I just kept it on the bike to scare people. Because it meant I was serious. It worked, too.

Riding is so much in the mind that your philosophy of riding can have a profound effect on everything you do.

See what you can do. Feel your body and its incredible ability to adapt.

And, most of all, feel limitless. Go on, give it a try…

*this article first appeared in The Roar.