Baby Jesus exists. how do i know? cos he was sat on my handlebars today as I rode into hell. he said at one point that i could ask him anything, absolutely anything, so i asked him where he stood on the debate over full fat fresh milk/skimmed/UHT/soy, and, much to my satisfaction, he spoke thus:

‘fella, it’s full fat all the way. you think i’m gonna go through all this crap I got ahead of me a-skimpin? no chance, Lance. full-fat, the juice, uppers, downers, peyote, whatever Moses can deliver, all washed down with the Chivas. Baby J say, you got it, I’m on it.’

he then produced a Marlboro Red from his nappy, followed smooth as you like by a double  G&T.

Baby Jesus rolls, baby. he definitely rolls. and he was kind of enough to perch with one leg cocked so I could still see my garmin, which was nice.

that was probably the most sacrilegious of my hallucinations today, notwhithstanding Che Guevara doing some very Marxist-Leninist ‘re-educating’ to Mother Theresa in a mango tree. humph.

i’m not being flippant. seriously, this is what the heat does to you. I was as empty as Our Savior’s tomb with just 62 of the 161km gone, looking down and working out in my frazzled head the kilos to go and wondering why i didn’t take up something more altogether sedate, like ping-pong. 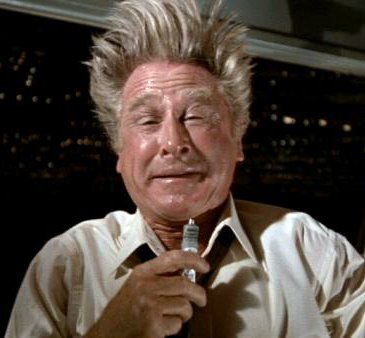 today’s stage had just over 2000m of climbing and seemed, like yesterday, to be more of an endurance test than anything else. 161km leaves you feeling like a cockroach husk, your moist innards having been sucked out by a giant gecko.

can you tell I like to complain? yeah I hide it well though I know, I’m talented like that.

anyway, to the action! (if you can call trundling along at 22km/hr ‘action’).

the day started nice and slow and kind of stayed like that for the first 49km, until we hit the start of the main hill, a 6km slog that we’d have to do twice again, with the finish coming on the third lap. with a KOM jersey at stake a few guys were up for it, but none more than the Tour of Friendship’s resident multiple ‘ex’-doper, Peter Pouly, in search of the 5 bonus seconds on hand!

step this way Pete, the peloton has a large dollop of ill-will just for you.

ok yes, I am being facetious, but it is essentially true – a lot of the guys have voiced their disquiet at his presence in no uncertain terms, and he even got booed today when he stepped up on the podium to accept his award for 3rd place. I’m not going to debate the rights and wrongs of former multiple-ban riders that are banned from UCI events riding ones like this, but the general consensus here is not positive on that score.

positive, get it?! get it? ach, my talents are wasted here..

anyway off went Pouly up the hill, eager to chip away at my 21 second lead over him. I followed, perhaps foolishly as there was a young Hong Kong rider up ahead, still surviving from a solo attack 10km earlier.

I tried with every fiber in my being to hang onto Pouly’s wheel but it just wasn’t happening. he took off and I decided to settle into a rhythm and wait for the rest of the race to come up to me.

on the chase down the hill, my last surviving teammate, Michel Velasco, crossed wheels and took a bad tumble, breaking, we later learned, his collarbone. get well soon amigo!

finally we caught up with the HK kid, then with Pouly a few kilometers later. his reappearance drew an interesting round of cheers and the odd cat whistle.

next lap we all took it easy on the climb, everyone knackered and dry as a communion cracker. there is a near-continuous stream of cold bottles of water being handed out by the scooter guys that follow us (and a great job they do too, despite being shouted at at regular occasions – an angry cyclist is a fearsome beast, I tell ya, about as pleasant as a large boil on the arse).

finally though we were on the foothill. riding at the head of the group, I turned to see that my two closest rivals, Takei (16 seconds) and Pouly (22 seconds) were 20 meters back at the rear of the group. I figured they thought I would be waiting for their attack.

that’s crankpunk logic for you.

boom! ka-pow! biff! I was brilliant, balletic, cutting through the air and laughing at gravity with an insouciant flick of the eyebrow, mocking fate and Old Mother Time as I danced, Pantani-like, up the 9% gradient.

that lasted for all of 14 meters.

then I groveled like an obese kid on one of those assault courses they have on those fat camp tv shows. it was unpleasant, to say the least. some would say obscene. I felt very abruptly no longer like a prancing elf, suddenly more like one of those female dogs you see in Indonesia with their teets massively stretched, swinging and ringing like ten bells when they walk, ever so slowly, on by.

‘no little one, the pregnant dog just walked past the house. get on with your schoolwork…’

as I struggled up the hill, 4km to go now, grown men averted their eyes, women wept, children ran for shelter. it was not pretty. I have always fancied myself as a bit of a climber and do a little fist pump when I see a lumpy profile, but the truth is not often that which we believe. especially when it comes to our cycling abilities. many of you will know, I expect, exactly what I am talking about.

so, Takei came up to me followed by Pouly, still 500m of the hardest part of the climb to go but neither could go again. I got on Pouly’s wheel and settled in just as we settled onto the false flat that came before the nasty last km.

they started weaving for position, trying to get off the front of the line like kids pushing to not be first for a dose of medicine – not sure it really makes that much difference when you’re doing 12km/hr, but whatever, they seemed to be having fun.

had either of them kicked then I think I might have wilted, but as it is their messing about allowed 4 or 5 others to bridge up to us. the congregation was growing, but growing ever restless for the final sermon to be delivered.

Takei then kicked with 1km to go just as the road rose. Pouly jumped past with me on his wheel, then we got a gap, then Pouly dropped me. then I really blew and Takei passed by me again, and man, there was the line just 300m away and I was fighting for seconds. inexplicably hard, that last 300m.

the line would just not come soon enough.

in the end Pouly took 3rd and got a 1 second bonus – thankfully two guys had gone way earlier and stayed clear, taking the ten and 5 second bonus respectively.

sermon delivered, confessions made, and the penance wasn’t too bad.

the last and final stage coming up today. 85km, climbs look ok, not too long, downhill 10km to the line. it’s gonna be hard, but it is doable.

is it to be the wrath of Revelations? or the honey dew melons of Eternal Salvation?

all will be revealed, with religious reverence, very soon, right here on crankpunk…